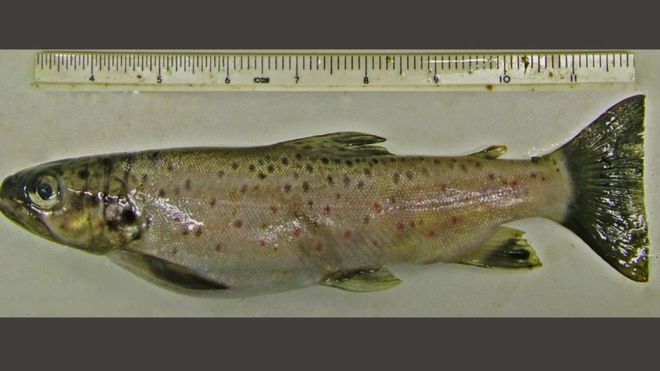 The specimen was one of four species of the fish found in Loch Laidon, suggesting biodiversity in freshwater habitats is greater than first thought.

The new species differs from the common form in having lighter skin, and a larger mouth and eyes.

It was discovered by a team from Inverness College, which is part of the University of the Highlands & Islands.

The study, led by Prof Eric Verspoor, found four genetically, ecologically and visually distinctive species that have evolved in the loch over the last 10,000 years.

One of the species, a "Profundal Benthivore", has not as yet been reported to occur in any other loch in the brown trout's native range.

It inhabits the deep, dark waters of the loch where little light penetrates and feeds on organisms on the loch bottom. 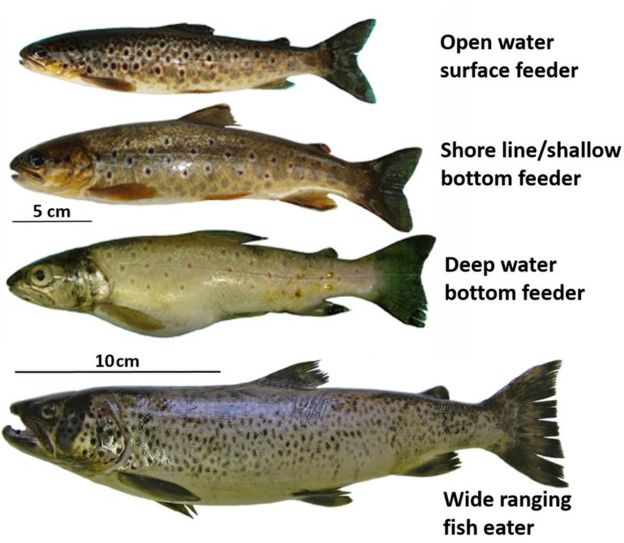 Prof Verspoor, director of the college's Rivers and Lochs Institute, said: "This is essentially a distinct species of brown trout, never before reported, and the total number of forms found in Loch Laidon is the highest number so far found in a single lake.

"While that in itself is exciting, what's more significant is that the study strongly suggests that the amount of biodiversity in Scotland's lochs, and indeed many of the freshwater lakes in the northern hemisphere, has been massively underestimated.

"This is because, unfortunately, few of our lochs have so far been studied with methods such as those we employed that are better able to resolve such diversity when it exists.

"Thus findings such as those for Loch Laidon may well be the tip of a biodiversity iceberg in Scottish and other northern lakes; the true size of this iceberg will only become clear once we study more lakes using methods such as those we employed."

The research on the Laidon trout by Professor Verspoor and Dr Mark Coulson, of the Rivers and Lochs Institute, and co-workers was published in the journal Freshwater Biology.